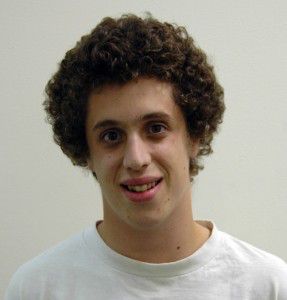 This past weekend was a strange one for a Boston University’s men’s hockey team that has gone through an incredibly strange season.

BU picked up one of its biggest wins of the year when it took down No. 8 University of New Hampshire in Durham by a score of 2-1.

BU is the only Hockey East team to defeat the Wildcats this season, and now, they’ve done it twice. Goalie Kieran Millan turned in a terrific performance. He stopped 38 shots from a talented UNH offense, and Ross Gaudet came up with the clutch goal in the third period to break a 1-1 tie.

Yet, despite the important victory, many fans likely see the weekend as a disappointment.

That’s because the previous night, BU lost 3-2 at Agganis Arena to No. 2 Boston College. In that game, BU played a terrific second and third period, but couldn’t dig themselves out of an early 3-0 hole to come back and beat the Eagles.

All in all, the Terriers played five great periods of hockey out of six over the weekend. Millan held two of the best offenses in the country scoreless for almost two full games after the three early BC goals. For most teams, that’s a great performance to build on. For BU, it was a decent weekend at best.

That’s the unfortunate nature of a rivalry.

The Terriers have unquestionably improved from where they were at this point last season, when they were under .500 in conference play and stuck in the middle of the Hockey East standings.

This season, BU is in a good position to make a run at the NCAA Tournament. Millan’s play in goal and a fantastic penalty kill have put BU near the top of the Hockey East. The Terriers proved on Saturday in Durham that they can play with and beat any team in the league on any given night.

That is, except BC.

BU’s three losses to BC now make it four wins in a row for the Eagles in the all-time series. For two teams who have alternated winning the last three national titles, those performances eat at BU hockey fans who desperately want the team to gain the upper hand on its biggest rival.

As poorly as BU started last season, the team still found a way to beat BC in the Winter Classic at Fenway Park, and then follow that up with a thrilling overtime win at Conte Forum on Jan. 22.

Those great moments stand out to any fan looking back on last season, even though the team started poorly, lost to an abysmal Providence College team twice and ended the season on the disappointing note of getting blown out by the University of Maine.

BU’s struggles against BC are not the only reason opinion on the BU team is lower than it should be. Part of that is also BU’s hot start and swift fall from the top of the polls.

But when the Terriers went unbeaten in their first 10 contests, fans knew the team was outperforming expectations. The dip in BU’s performance after that start was not at all unexpected.

On Feb. 7, the Terriers will have a chance to put the troubles that have plagued them all season against BC behind them in their first-round matchup against the Eagles in the Beanpot at the TD Garden. Fortunately, that matchup will also be the most important game the two have played against each other so far this season. The regular season games may matter in the standings, but fans unquestionably covet the Beanpot title more. And despite losing the last four games to BC, BU hockey fans have reason to be optimistic about this year’s tournament.

The return of junior Chris Connolly in the last matchup against BC was vital for the Terriers. The junior assisted on both of BU’s goals during the attempted comeback. Without him in the first two matchups, BU lost focus when the team fell behind early. As a consequence, both games ended in blowouts.

But on Friday that didn’t happen. Instead of throwing in the towel, BU battled back, just as they did against Merrimack when facing a 3-0 hole earlier in the week. Even though both games ended in losses, the Terriers proved with those performances and the win over UNH that they are capable of beating anyone. That display of toughness should give the team a huge boost of confidence going forward.

But for fans, the final BC matchup will be the yardstick by which this regular season is measured. And for the team, the Beanpot game will be its final chance to shake a monkey off their back that has been plaguing an otherwise solid season.