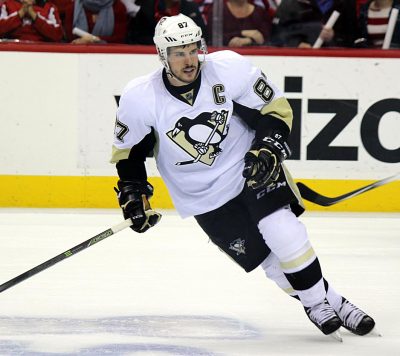 Other than the Penguins’ surge after getting Sidney Crosby, the Eastern Conference has been fading. The Red Wings have missed the playoffs for the first time in 26 years, and the Bruins are slowly declining with aging players like Zdeno Chara and Tuukka Rask.

It’s been a tough road for the Eastern Conference to get notable recognition next to their Western counterparts.

When you’re going up against teams like the Chicago Blackhawks, the Minnesota Wild, the San Jose Sharks, the Los Angeles Kings and the St. Louis Blues, it’s easy for an Eastern Conference team to fall behind.

In the last 10 years, Chicago and Los Angeles have won five Stanley Cup championships. It’s been hard for the Eastern Conference to compete with that kind of dominance.

The 2016-2017 season has been much different, and Pittsburgh may be the only constant for the Eastern Conference with stars like Crosby, Evgeni Malkin, Kris Letang and Phil Kessel.

Pittsburgh is the reigning Stanley Cup champion and they’ve continued their powerful success this season. They’ve celebrated their 50th season in style, even without a consistent goalie. Marc-Andre Fleury and Matt Murray have traded off between the pipes quite frequently, and it’s still up in the air on who will take the spot going into the playoffs.

Even though they’ve had trouble settling on a solid netminder, you can barely tell with these Penguins. They’re on fire right now, and once the playoffs get started, they will heat up the ice even faster.

The Washington Capitals were the first team in the league to clinch a playoff berth, but they have failed to follow their recent regular season success with postseason victories. This is the seventh time in the past 10 seasons that the Caps will have won their division, but they have yet to reach the Stanley Cup Finals.

The team hasn’t needed to rely on Alexander Ovechkin as much this season, which shows the depth in their offense with Justin Williams and Nicklas Bäckström, not to mention goalie Braden Holtby has been a reliable presence in the crease.

Washington has made a substantial difference this season, but the likelihood that they choke once again in the playoffs is high. If they really want to become a legitimate postseason team, the Capitals need to make some big moves in the offseason and change up the roster.

The Columbus Blue Jackets have also been showing strength in the East. After a highly anticipated playoff run last season, the Blue Jackets didn’t even qualify when they fell apart at the end of the regular season.

This season has been much different. Columbus acquired Seth Jones, a truly unique defenseman in his skating style and high energy. The Blue Jackets are contenders for the fastest team in the league, with Jones and Brandon Saad.

The Blue Jackets have risen to success alongside their star right winger Cam Atkinson. He has scored 34 goals and 27 assists, far more than last season. The 27-year-old has really come into his own this season with some incredible shots and excellent speed.

The Eastern Conference finally has a better chance to have some exciting early round matchups.

Thankfully, both conferences actually have even amounts of talent going into the playoffs. It’s much more exciting when both sides are able to put up incredible teams stacked with the greatest athletes in the sports world.

The Western Conference may have the edge for now, but some Eastern conference teams may be able to show their stardom in the playoffs. The verdict is still out on who will come out victorious, but as always it’s sure to be an exciting postseason.