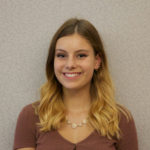 This past week, a photograph of a bunch of teenage boys at their high school prom in Wisconsin surfaced and went viral. The picture is of the boys holding up the Nazi salute sign and smiling and laughing about it, as if it were the funniest joke ever.

These boys are in their senior year of high school, so I think it is safe to assume that they have learned about World War II and the Holocaust quite extensively in their education. However, the symbolism and nature of the Nazi salute has yet to penetrate their minds.

Some have responded with, “Oh, teenagers are dumb, it was a mistake.” This argument is completely illogical to me. When I was 16, I am almost positive that my friends and I knew how horrific that symbol is and would never have done it, nonetheless take a picture for all on social media to see.

In fact, I would guess that these boys are smarter than many are giving them credit for being. They know exactly what they are doing and exactly what it means, but they just do not care. Clearly the fact that they could be harming many people with this symbol is not something they care about very much.

There is literally no argument making this behavior excusable. Even worse, though, the school district did nothing to punish them on the basis of freedom of expression. While students have First Amendment rights in school, these rights are variable due to possible harm to other students and consequences of whatever action is being debated.

In my opinion, a Nazi salute is extremely harmful in both perpetrating atrocious views of mass genocide and terrifying other students who see that symbol as a threat to themselves. If these students are almost done with high school, then they know what the Nazis did and clearly think it is something to mimic and laugh about.

Even though it was not at the physical school that this occurred, it was still at the prom, which is a school-sanctioned event. If someone walked into prom and made a threat against other students, the school should punish them. That is exactly what these boys did.

The men who made that salute in the past murdered hundreds of thousands of people. Making the symbol now is no better and no safer. The least the school could have done is suspended them for a few days.

Fortunately, since the picture has gone viral, many of these boys will face consequences outside of their complicit school system such as future job and college opportunities. One Google search of their name will show this picture, and that will not win them any support in an application process.

To be frank, I do not feel bad for them. Like I said before, they knew what they were doing and what it meant. If they are OK with Nazism and all that it stands for, then I am OK with them not being able to get a good job.