There is a scene in “Selena Gomez: My Mind & Me,” Gomez’s new documentary that was released earlier this month, that I can’t stop thinking about.

In the scene, Gomez is sitting on a low, gray chair, dressed in a jean jacket and a glittery dress. Her eyes welled with tears. Her position makes her vulnerable to the viewer, even behind the protection of a camera.

She is speaking to two friends, admitting her sense of defeat and embarrassment after a recent performance. She is crying and stuttering, her breaths uneven and shallow, a feeling familiar to anyone who has ever experienced the burden of an emotion so painful it quite literally takes your breath away.

“The pressure is just overwhelming,” she says. “When am I gonna be good just by myself?”

All I could think as I was sitting there, watching her breakdown on my computer screen, was this: why on Earth did anyone want this to be filmed?

It’s the same thought I had when watching snippets of “Miss Americana,” Taylor Swift’s documentary that was released in 2020. Similar scenes permeate both films — the moments showcased are raw, often uncomfortable expositions of two women who have long been lit up by the spotlight and simultaneously burned by it. 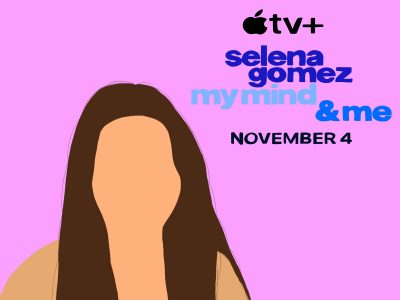 These documentaries are often created for the purpose of “control” — “Miss Americana” was an explicit attempt to solidify Swift’s image as an outspoken political activist and a reborn pop star, and “My Mind & Me” is Gomez’s way of reframing her journey from a childhood star to a mature public figure.

But these attempts at control are inherently ill-intended. They’re executed not for the sake of the star, but for the taming of the public — more specifically, to quell the violent waves of scorn and shame that women in the public eye are often on the receiving end of.

This is the problem: we have reached a point where public hatred has become so powerful it is now leveraging material. We hold our contempt above celebrities’ heads and deliver them an ultimatum — share all of yourself, or deal with the consequences. As these documentaries have proven, these stars are not the beacons of unwavering strength and resilience that we imagine them to be.

They’re just like us, right? Our idols cry and hurt and deal with hidden problems. And then, just like us, they screw up because of these struggles.

The only difference? We force them to show us why they deserve forgiveness, and these documentaries often feel like desperate attempts at doing so.

Don’t get me wrong — I understand that these stars have a choice in this matter. They consent to being filmed, to turning the camera on even when the outlook is bleak. In a recent interview with Rolling Stone, Alek Keshishian, director of “My Mind & Me,” detailed Gomez’s insistence on being recorded, even in her darkest moments.

It’s undeniable that they are welcoming us into their privacy with open arms.

Despite this, I can’t help but feel a certain sense of unease when tuning in. It feels like an inappropriate form of indulgence, watching someone I’ll never truly know, in their most desperate moments, baring their soul for a taste of my sympathy. And it’s not their fault for wanting it. I know that if I were in their position, held to an impossible standard and chastised for the slightest of errors, I’d crave the same forgiveness.

These documentaries should be a lesson learned not just about these celebrities, but about ourselves. Yes, we can appreciate the courage of their honesty under such scrutiny — but we must also recognize that our actions produce the pressure.

If you’re going to sit down and watch, keep this in mind: more often than not, it is our reluctance to be sympathetic that forces them to pick up the camera.

“It’s kind of like I’m sacrificing myself for a greater purpose,” Gomez said.

What this greater purpose is, I don’t really know. I just can’t help but feel that her life shouldn’t be the price.