At Boston University, campus representatives can be found around every corner for brands such as Google, Lyft, Spotify, Uber and Victoria’s Secret, and restaurants and salons offer new student discounts each week. The college student demographic is a ripe one to target, and with an increasing emphasis on building relationships through social media, companies are refining their advertising strategies.

A report on social media advertising released in September by AOL Platforms found that social media “provides a significant impact on a customer’s path to purchase and strongly influences their buying decisions.” The report found that social media is 87 percent more likely to serve as a middle point in the buyer’s decision to purchase a product or service, meaning that, although they may not convert a hesitant buyer, they have a significant impact on customer awareness and research.

Brands also hope to grow with their consumers, Schaffer said. To foster that long-term relationship, companies offer incentives to familiarize students with their brands. A common incentive is using student discounts.

Kelly Dirgins, a sophomore in the College of Arts and Sciences, said she is familiar with this tactic, listing Amtrak, Banana Republic, Chipotle and J.Crew as companies that offer student discounts.

“I try to take advantage of them as most I can, especially J.Crew because I shop there a lot, and I know about it,” she said. “Even when I’m shopping with my mom, if I’m with her, even if I’m not getting anything, I’ll show my [student] ID, and she’ll get the discount.”

As Schaffer predicted, Dirgins has developed a relationship with J. Crew, resulting in brand loyalty at an early age.

Dirgins’ relationship with J.Crew is just one example of the long-term relationships Schaffer said businesses are looking to build. But in order to build this long-lasting relationship, advertisers must first persuade students to purchase their product or service, and promotions, such as student discounts, are not the only means of persuasion. Brands also employ advertisers to craft compelling messages geared toward their target audience.

This is often the aspect of advertising that sparks controversy. Advertisers are often perceived as taking advantage of the public, influencing them to buy products that they do not need.

Mina Tsay-Vogel, an assistant professor in the College of Communication, said consumers have selective attention, filtering messages that are relevant to their interests.

“The most important thing when it comes to advertising is the concept of uses and gratifications,” Tsay-Vogel said. “We, as consumers of media, tend to select messages and pay more attention to messages that are relevant to the types of needs that we have.”

Advertisers take this theory into consideration when appealing to certain audiences, playing upon the needs and desires of the target audience.

Advertisers also discovered that social integration needs, or the desire to fit in, are a high priority for young audiences, Tsay-Vogel said. Advertisers look to capture the attention of individuals who would most likely want that particular product.

Advertisements are the result of an enormous amount of research that determines the type of person that would be most interested in purchasing any given product, Schaffer said. There are several different research companies that work with advertising agencies to do this, including Market Research Insight and Simmons Market Research.

Choosing the right media channel with which to advertise a product or service is another element of the process. The rise of new technology and social media has expanded the possibilities for ad exposure. 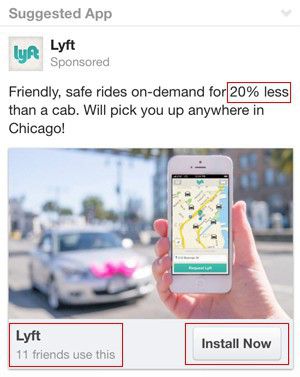 The AOL Platforms report found that YouTube was the strongest social media service for introducing buyers to new products, with an 18 percent success rate, and also had the highest rate of closing sales, at 14 percent. Facebook was second in terms of both introducing new products – 11 percent – and for closing sales – 10 percent.

Social media plays an important role in targeting specific audiences. Having a shared space in which individuals with similar interests and qualities can communicate makes reaching consumers easier.

Many of the ads that college students see are ones that have been promoted by their friends on social media. In fact, many of these students are not even aware that they are being advertised to when they see these peer endorsements.

Links posted on Facebook, retweets on Twitter and hashtags on Instagram are often tools used by brands to advertise a product or service. These tools often reach the target market through friends, rather than directly from the brand. Social media advertising has become a system of referrals for products catered to students’ interests based on pages they like and their social networks.

Social media has also sparked a trend in two-way communication between brands and consumers, Schaffer said.

“It’s not just about being advertised to you…It might be a fashion brand, for example, and you might really enjoy putting together different outfits and then posting them to that brand. Then, you know, [they are] receiving credit on their Facebook page or Instagram or wherever and profiling you.”

Brianna Vieira, a COM senior and the President of Operations for PRLab, a BU student-run public relations firm, said that social media infuses a human element to the brand. The rising importance of conversation and feedback between brands and their customers has led to the prioritization of the consumer experience, Vieira said.

“Instead of telling you what to buy, they want you experience it, then to go out and talk about it because your experience was so good,” she said. “So an example of the brand experience would be that Starbucks partnered up with a cab company in New York, and every fifth customer got a Starbucks gift card. And it drove them into the store, and they got to talk about it after.”

In this way, consumers have more power in today’s advertising world than ever before. There is a high value placed on encouraging discussion among online communities about a brand or product. In order to control this discussion, brands must keep their consumers happy – not by forcing products or services, but by creating the perception that consumers have a choice, Vieira said.

“It’s kind of playing with the psychology behind it. You know, if you feel that a brand cares about you, you’re more likely to buy it and play into it,” Vieira said. “It’s kind of like give and take, like if they’re giving you something other than just the product, you’re more willing to give back to them.”